How Does the Immune System Work?

The role of our immune system is to recognize and destroy foreign invaders and correct internal errors before harm is done to us. These foreign invaders include bacteria, viruses, fungi, and parasites. The internal errors are cancer cells that are daily by-products of normal metabolism and eliminated by an intact immune system. Since it is our body’s first line of defense, some degree of immune imbalance underlies almost all illness, especially chronic infections, fatigue, cancer, autoimmune conditions, and chronic allergies. Impaired immune function is a combination of our genetic susceptibility and environmental factors. 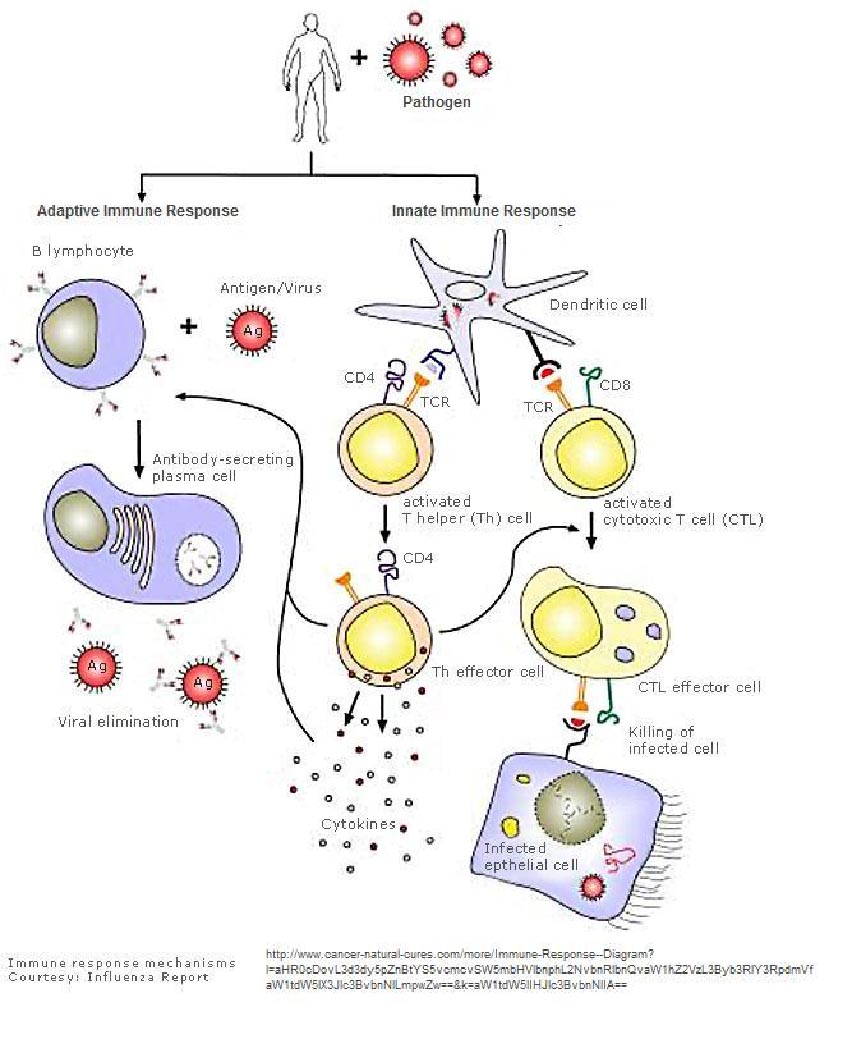 The defense mechanisms for the innate immune response can vary from anatomical barriers such as the skin to phenomenon such as inflammation. We often observe inflammation in injuries like cuts and burns where the skin has been broken – but have you ever wondered why? A simple but comprehensive explanation is that inflammation is due to the result of chemicals released by injured cells.  As one of the first responses of the innate immune system, inflammation serves to establish a physical barrier against the spread of infection, it is characterized by the following symptom: redness, heat, swelling, pain, and possible dysfunction of the organs or tissues involved. The cause for the symptoms above is due to the vasodilation of the blood vessels at the scene. The increased blood supply to the site of infection attracts neutrophils, which then release chemical factors that summon the second arm of the innate system. The cells that are summoned are leukocytes, which include the phagocytes (macrophages, neutrophils, and dendritic cells), mast cells, eosinophils, basophils, and natural killer cells. These cells identify and eliminate pathogens, either by attacking larger pathogens through contact or by engulfing and then killing the microorganisms. Only when the pathogens have been entirely cleared from the site can the healing of damaged tissue begins.

As previously mentioned, the immune cells from the innate system are also important mediators in the activation of the adaptive immune system. The adaptive immune system is highly adaptable because of the accelerated transformation process of its immune cells and its use of antigens, a class of non-self molecules that bind to specific immune receptors and elicit an immune response. This adaptation process referred to as “adaptive immunity” or “acquired immunity” creates immunological memory. Immunological memory created from a primary response to a specific pathogen, provides an enhanced response to secondary encounters with that same, specific pathogen. This process of acquired immunity is the basis of vaccination. This mechanism allows a small number of genes to generate a vast number of different antigen receptors, which are then uniquely expressed on each individual lymphocyte. Because the gene rearrangement leads to an irreversible change in the DNA of each cell, all of the progeny (offspring) of that cell will then inherit genes encoding the same receptor specificity, including the Memory B cells and Memory T cells that are the keys to long-lived specific immunity. Immune network theory is a theory of how the adaptive immune system works, that is based on interactions between the variable regions of the receptors of T cells, B cells and of molecules made by T cells and B cells that have variable regions.  As part of this more complex immune response, the human immune system adapts over time to recognize specific pathogens more efficiently. 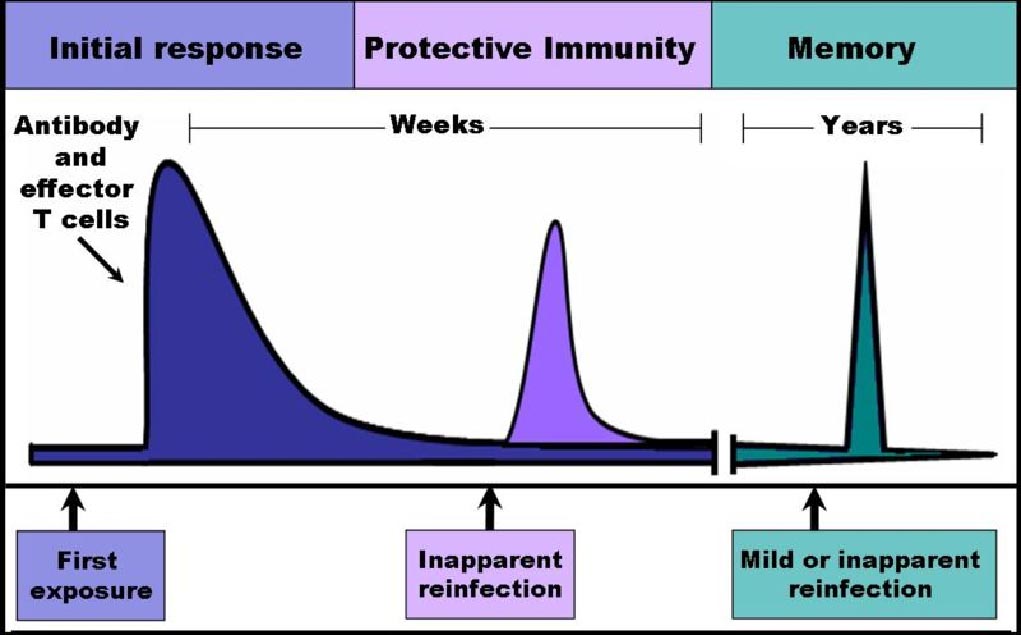 The immune system is a system of biological structures and processes within an organism that protects against diseases by identifying and killing pathogens and tumor cells. Its adaptive and innate responses elicit initial, immediate responses, which after being processed through the adaptive immune system, can memorize and catalog pathogens for the years to come. This memory helps the human body defend itself from future reinfection and allows the body to set up a frontline defense mechanism against future encounters with similar pathogens.